Have You Tried These Local Craft Beers?

Did you know Tampa Bay has more than 100 local craft breweries? Here at Teak, we house some of the most refreshing, local brews by the bay. “Hop” along with us as we introduce to you some of our favorite local beers and the wonderful brewers who make them. 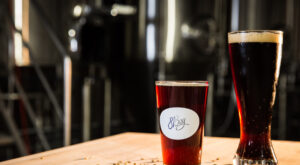 The Lightning Lager, a 2020 BFB Gold Medal American Light Lager, is perfect for those bright sunny days on the pier. Designed to be light and smooth with a clean finish, The Lightning Lager is a perfect-pier-thirst-quencher! 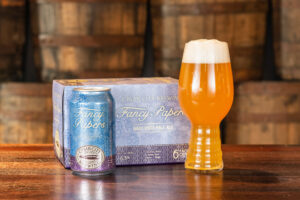 Cigar City Brewing honors Ybor City’s long-standing cigar making in every brew they create. Aiming to match the same quality as the famous Ybor Cigars, Cigar City has quickly become an award-winning brewery since its 2009 debut. Describing its philosophy as giving first-rate ingredients to first-rate people, Cigar City promotes a creative space in which brewers can push what it means to be a craftsman.

With a vibrant fruit quality, Cigar City’s “Fancy Paper” Hazy IPA is a perfect brew for all fruit lovers! At about 6.5% alcohol the Hazy IPA is a little on the stronger side but the kiwi, tangerine and melon makes this a very enjoyable brew! 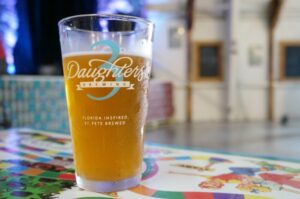 Opening in December 2013, 3 Daughters Brewing grew exponentially and eventually became one of Florida’s largest independent breweries. Founders Mike and Ty began their brewing obsession while working at a restaurant together. As customers started to demand their craft beer, they started upping the ante until one day Mike brought a 30-barrel, industrial sized brewhouse. Mike’s wife asked the important question: “How many beers do we have to sell to put to our three daughters through college”? And the rest was history.

Bringing the Florida Coast to your palette, 3 Daughters Beach Blonde Ale is a refreshing, bright brew with satisfying notes of citrus. A simple, but classic approach to ale that is perfect for outside enjoyment in the sun. 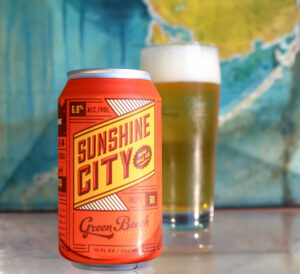 Packed with hop flavor and aroma, the Green Bench Sunshine Double IPA provides a perfect combination of tropical citrus and three different hops. At 6.8%, the Sunshine IPA is a heavier drink perfect for fruit lovers. What fruits can you taste?

Picture this: a light, refreshing brew in hand as you watch the sunset out our waterfront windows. A beautiful sight! Make your reservation at Teak today and make it a reality!