Today we are excited to introduce you to Chef Lee Aquino, Executive Chef of the Birchwood Properties which includes Teak, Pier Teaki, Driftwood Cafe, Birch & Vine, The Canopy and of course, The Birchwood. Chef Lee started at Birch & Vine three years ago and today he mentors his teams on both sides of the Bay. We sat down with Chef Lee and asked him to share insights on his inspiring culinary career path: 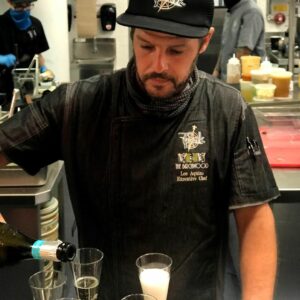 How did you get started in culinary arts?

I was a corporate bartender for a restaurant and they gave me an opportunity to become a manager. I didn’t want to and I told them I was going to learn how to cook. And I did. It was a long time ago. It was like that aha moment, I saw the writing on the wall. And I was like, I don’t want this. I want to do this instead.

Did you go to school for cooking?

Yes. I graduated from St. Augustine’s First Coast Technical College and the national hub for the American Culinary Federation.

Do you have any heritage that inspires you? Do you draw in any specific cultures?

My father’s Sicilian and my mother’s Irish, and my father worked for an Italian bakery in Cleveland, Ohio where the bakery staff became like an extended family.

How did you end up at the Birchwood?

I moved to Tampa, maybe around nine years ago. I was working with a yacht club over in Tampa. Out of the blue, I had a conversation with the owner and that led me here.

Why do you enjoy being a chef?

I love putting people around tables, putting teams together, finding the right situations, problem solving. All of those things are crucial to owning that, the title of “chef”. In my mind, when you’re going through the phases of culinary education, I had this great idea of wearing the white coat and chef hat. I wanted to be an executive chef. As long as you know who you are as a person, you should know who you are at this caliber on a plate

How would you say someone could recognize something that you created?

It’s gonna be kind of odd. It’s not gonna be familiar, but I’ll have nuances to familiarize a concept that people recognize. 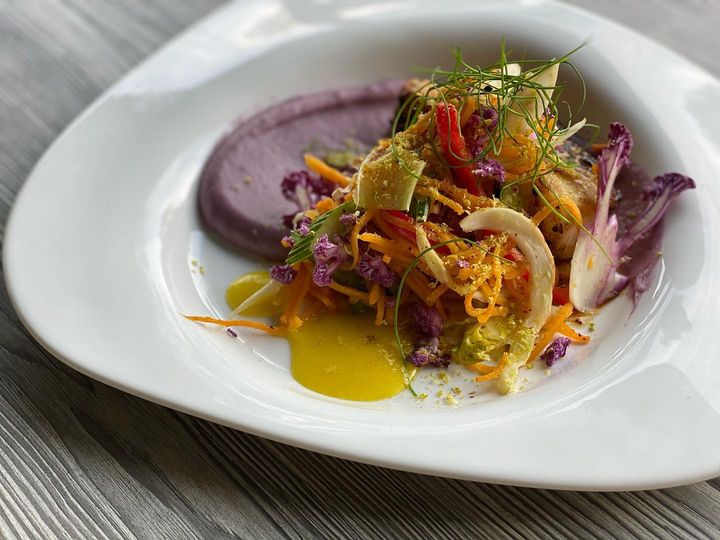 Describe your food style in five words or phrases.

What is the most memorable meal you’ve ever enjoyed?

My favorite meal was at the International Chefs Congress in New York. It was a pop-up style thing and nothing pretentious whatsoever. Chefs got together and ran through the kiosk of this show and produced two courses each on the fly. And it just made it happen. So nothing too fancy. We got to do this for about 20 people, on the fly without having any particular ingredients. That was just amazing.

Is there anything you identify with?

I always love charcuterie, butchery and stuff like that. I’m more into the story of the ingredients: the background and how it became a plate that people can enjoy. 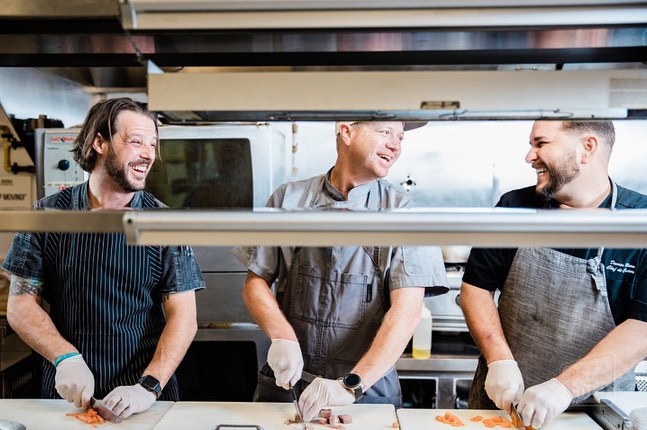 What I get up for is just getting up and pressing the juice every day, seeing what the scene gives me, and how I’m going to adjust and be successful day by day. That gives me inspiration and you know, even our neighbors here and our town challenge me and make me better.

Who is a chef that you most admire?

A gentleman named Sam Mason just came into town and I just missed him. He’s this awesome pastry chef, world renowned. He did Iron Chef, a couple different things and is a James Beard winner. He’s up in New York and opened OddFellows Ice Cream. And they’re actually opening one here in Tampa. Hopefully we can connect with him next time he comes to town because I took a class from him up in New York. I’ve hung out with him a couple times.

What is something that you say a lot or know that your team would say about you?

What do you see your role as?

You know, at this point, it’s like Pat Riley, Team President of the Miami Heat. A player in the game forever. I coached a bunch. Now I get to have my people and mentor them through these processes and their roles. So that’s a new role for me, and it hasn’t been easy. But, you know, there’s no rulebook for this. Either you’ve got it or you don’t.