Ah, key lime pie – a true, tart, sweet treasure to the state of Florida. This delicious treat has a special place in Florida culinary history and even has its own day. That’s right, September 27 is National Key Lime Pie Day! In honor of this sweet day, join us as we dive into what makes the key lime pie so special. 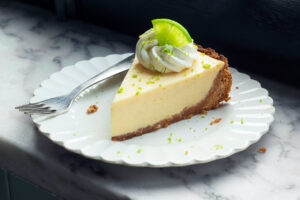 Although we’re not sure who the inventor of the original key lime pie was, historians have a few ideas.

One theory is that the treat originated from a sponge fisherman. Sponge fishing was a booming business in Florida and rations on the boat like sugar, eggs, canned milk, soda crackers, some nuts, and citrus fruit were cheap. Consequently, the fishermen concocted this tart, sweet treat and brought it on land.

In the 1800’s a ship salvager named William Curry, Florida’s first self-made millionaire had a cook known as Aunt Sally. Historians believe that Aunt Sally did not create the pie but instead perfected the pie created by area fishermen.

William Curry has a mansion in Key West that is still standing today. 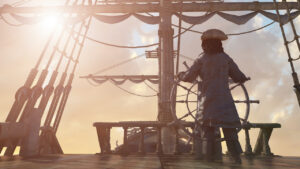 Did you know that the key lime tree is actually native to Malaysia and probably arrived in the early 1500’s from the Spanish?

Key limes are smaller than lemons with a yellow-green skin sometimes splotched with brown spots. They are hardly found in the Florida Keys for commercial use anymore because a hurricane wiped them out in 1926 (although they can still be found in backyards).

There is a common misconception that Florida key limes are from the Florida Keys, but they are actually grown in Miami. 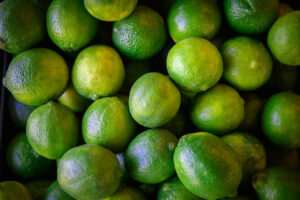 In 1965, Florida State Representative Bernie Papy Jr. introduced legislation calling for a $100 fine for advertising key lime pie that is not made with key limes. This bill never passed.

Now recognized as an important symbol of Florida, The Florida State Legislature sees key limes as not only an important export, but important in Florida’s history. 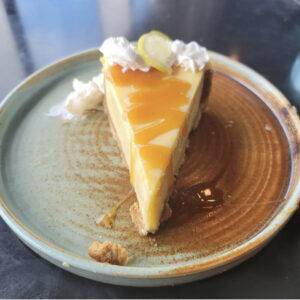 The most pivotal part of the pie is the filling. The “sweet spot” between the tart key lime, and the creamy condensed milk is crucial for the pie’s quality.

Here at Teak we understand that balancing these two ingredients is an art and take this concoction seriously. Our guests love our Killer Key Lime Pie.

Lilli G. says, “The view is fantastic no matter the seat, the food was really good – don’t miss the Key Lime Pie!”

Our homemade graham crust and filling made from fresh key limes would surely put a smile on Aunt Sally’s face!

The Florida State Legislature made the key lime pie the official state pie of Florida on July 1, 2006.This was after many years of debate between pecan pie and key lime pie.